The Contented Man is pleased with the good around him, he enjoys the small things in life. Nothing life throws at him can break his composure. Life is Beautiful!

The Contented Man is an authentic living statue in warm bronze, based on the original statue, which is found in Eersel (Brabant, NL). The Contented Man has become the symbol for a positive mental attitude. The working class always had to work hard for little money. However, they did not complain, were satisfied with what little they had and took life as it was.

The Contented Man as a Living Statue looks very lifelike. Only the smoke from his pipe reveals that this is a Living Statue and not an actual bronze statue. The Contented man is a “feelgood” statue, andexudes an atmosphere of calm and serenity. The image embodies positivity and is impressive in its simplicity.

This living statue plays with a money jar (!), which is part of the act. Proceeds will go to a charity (as chosen by the customer)

The Contented Man is perfect to combine with the Grumpy Old Man on the same festival! 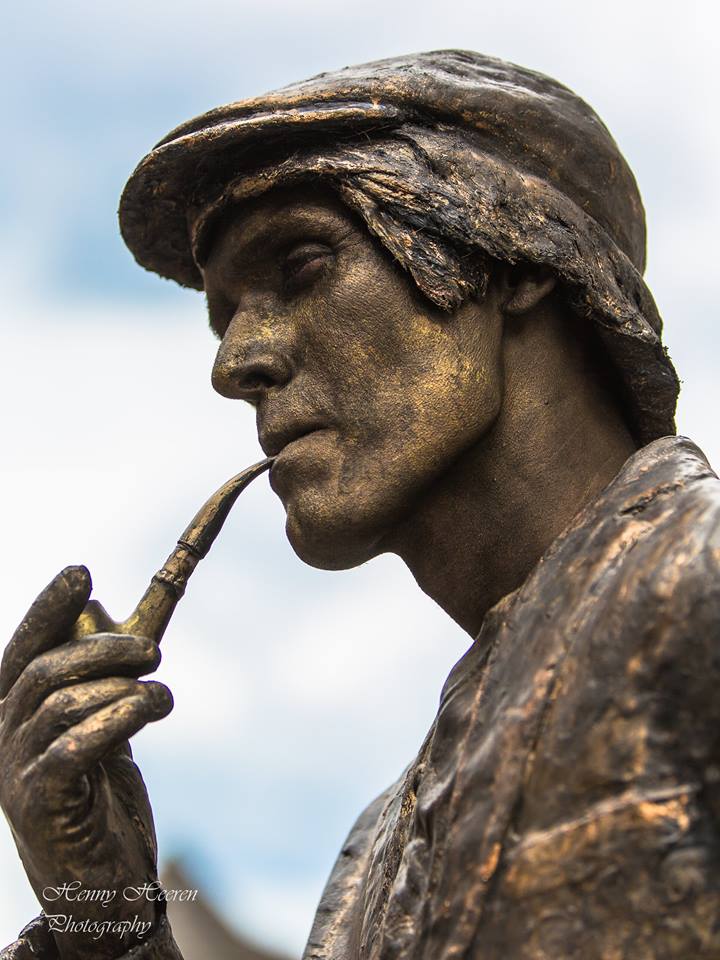